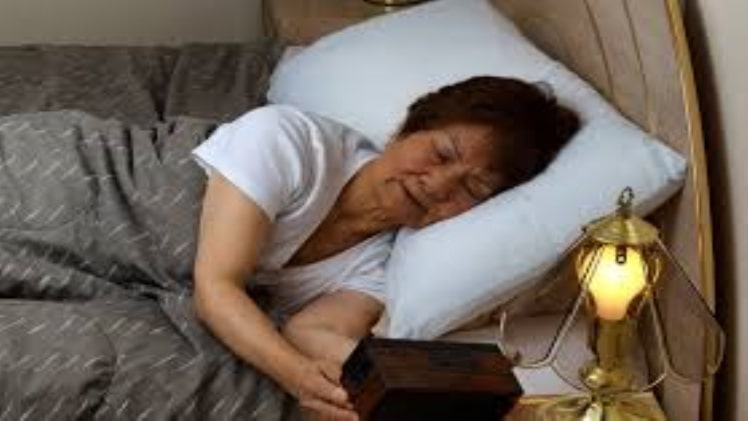 When it comes to popular health problems that can be found in people of all ages, it is inevitable. Problems with sleep. This is it. Many people may think that just not sleeping can cause them to feel sleepy and exhausted during the day only. But in fact, if the body is not resting enough for a long time. May negatively affect health in the long term. or a disease that is more serious than you think, such as diabetes, high blood pressure, heart disease, etc.

Has anyone else encountered the same problem despite feeling very sleepy and tired? You almost can’t open your eyes But when you lay your head on the pillow every time you couldn’t sleep restless Had to turn around all night. The cause of “tired but insomnia”  Was it caused by any of these reasons?

Note : Skin care products center facelabs Our products are developed from the research of dermatologists. The products are suitable for all skin types.

whether it is a student or working age After eating lunch until I’m full, I often go to the book #Tight Stomach Skin, Slack Eyelid, almost every one of them until I take a nap during the day to recharge my battery often, right? Actually, napping during the day isn’t a bad thing at all. Because it will increase the power to have strength again. It also awakens the brain to be more alert than ever. But if you girls naps during the day for several hours Or take a nap at the wrong time in the late afternoon. until almost evening This may also be one of the causes of sleeplessness during the night. or waking up in the middle of the night It’s best to take a nap of no more than 20 minutes during the day to help you feel refreshed and not dizzy after waking up.

Sis, did you know that mental factors Considered to be the main cause of insomnia as well, such as people who have accumulated stress or have depression. are also more prone to sleep problems. The reason is because Whenever there is stress or anxiety Will result in the body awakening and sleeping more difficult. People with depression tend to have insomnia. insufficient sleep Waking up feeling tired or sleepy during the day If insomnia is caused by stress or depression It is recommended that you consult a medical professional about this problem is best.

3. Drinking too much coffee

As you know, one of the culprits that make many people stare at night is the “caffeine” in popular beverages like coffee. Because caffeine has the effect of stimulating the brain to be alert. feel energetic and may cause insomnia as well In addition, caffeine has a half-life (Half-life) of up to 5 hours, or to put it simply, if the body receives 400 milligrams of caffeine after 5 hours, caffeine remains. Residue in the body about 200 milligrams, sure enough, if drinking too much coffee. or coffee in the afternoon / near bedtime It is likely to cause insomnia.

4. Take a look at social media before going to bed.

Think back to when you lay down on a soft bed. Who likes to pick up a smartphone to shine on social media? Or do you watch your favorite series before going to bed every night? Let me tell you that this kind of screen-based behavior is the main cause of insomnia problems. No matter how tired or exhausted he was, his eyes were bright all night. That’s because the blue light emitted from a smartphone, tablet, notebook or TV screen suppresses the secretion of melatonin, a hormone that helps with sleep. new behavior By refraining from watching smartphones, notebooks or TV 2 hours before bedtime And put these devices away from you when you sleep.

Healthy women who like to exercise regularly to increase their firmness. They can get up and get fit at any time. But you can’t exercise before going to bed at all. to be warned like this because Exercising very close to bedtime May cause insomnia during the night itself. Particularly, people who exercised less than 3 hours before bedtime were more likely to have insomnia because exercise stimulates the metabolism and increases the heart rate. Until you feel awake, insomnia and may wake up in the middle of the night often. I can tell you that you woke up and were exhausted like a person who didn’t sleep at all.

In addition to the food that is scooped into the mouth at each meal. It will enhance the flavor and make you feel full. It also affects health, skin, figure and sleep quality. Then one of the food menus that may interfere with sleep. Making it difficult to sleep or not sleep well is “high protein food” if you girls eat high protein food very close to bedtime. It can cause digestive system turbulence. Because it requires high energy to digest proteins that have been entered into the body. Therefore, it causes insomnia even if you feel very sleepy.

7. The atmosphere in the bedroom is not relaxing.

Although you work hard all day or you are so tired that your body is almost destroyed, you can’t sleep at all. That is, the atmosphere in the bedroom is not suitable for sleeping and resting. Turn on the lights in the bedroom to give bright light. When the eyes are exposed to light, the brain may be tricked that it is time to wake up. It also reduces the production of “melatonin”, a hormone that makes the body feel sleepy. You may feel uncomfortable and hot until you can’t sleep as well.

When you know the cause of insomnia this time lady You probably already know that there are many factors that trigger insomnia. Whether it’s napping during the wrong day, stress / depression, drinking too much coffee, playing on the smartphone before bedtime, exercising near bedtime, etc., which sometimes causes sleep. It is difficult or bright eyes often shoot until morning. It may also be caused by unintentional behavior. Like this if you want to change to someone who sleeps easier. must stop bad behavior quickly Then turn to take care of yourself more than ever.

Fall In Love With newsmartzone

Important skills you must have for freelancing

Tinashe Hair: How Long Is An 18-Inch Wig? The Complete Guide For You

How to Present Yourself Positively

Sinvr © Copyright 2022, All Rights Reserved, Powered By Rabbi It Firm